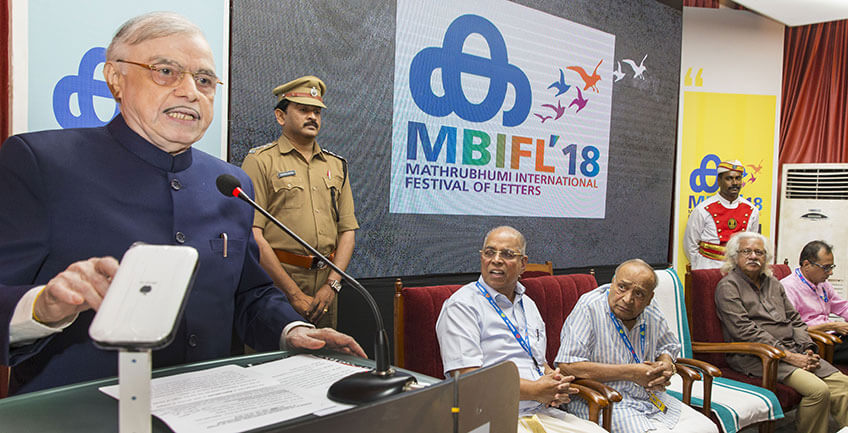 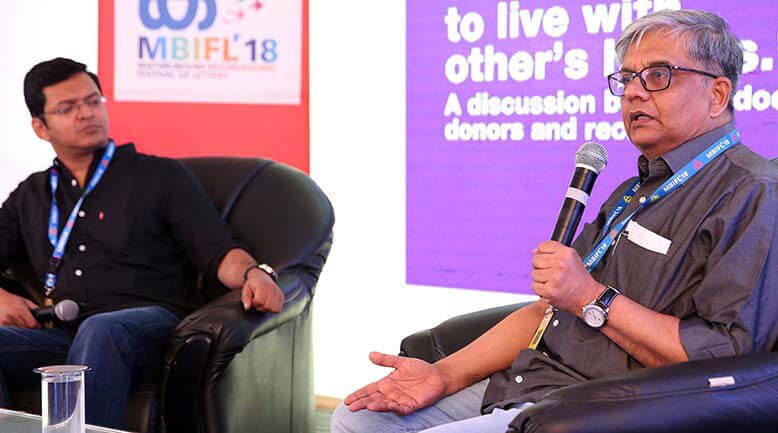 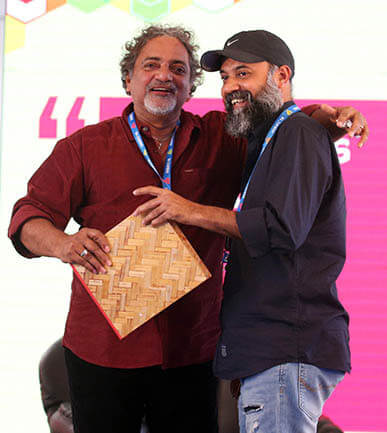 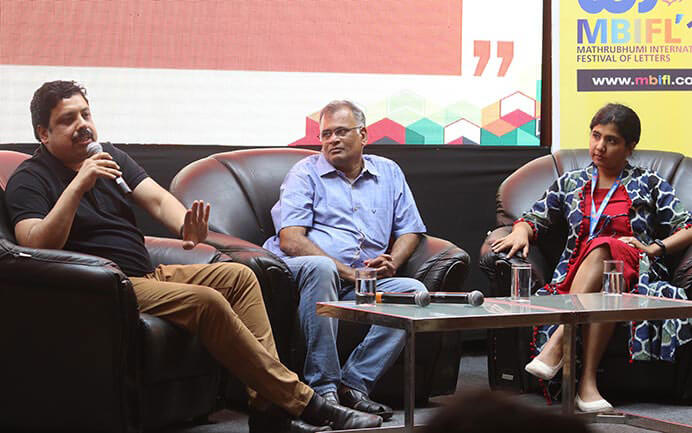 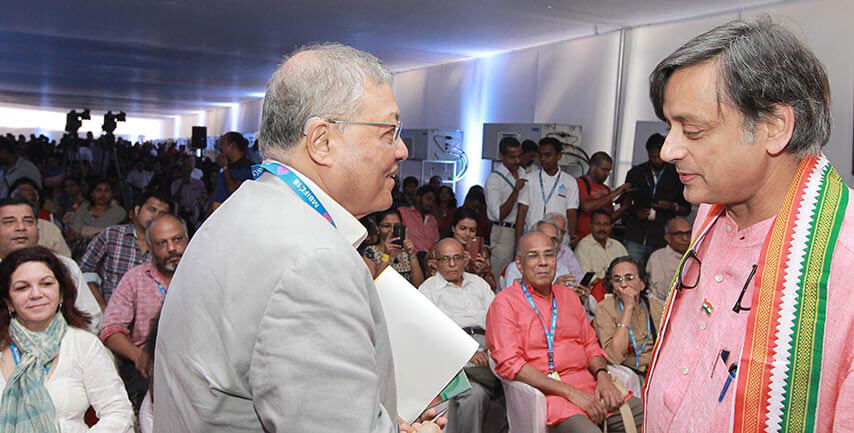 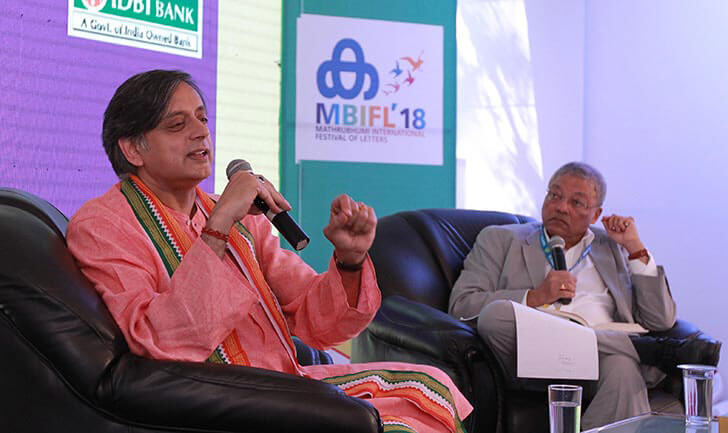 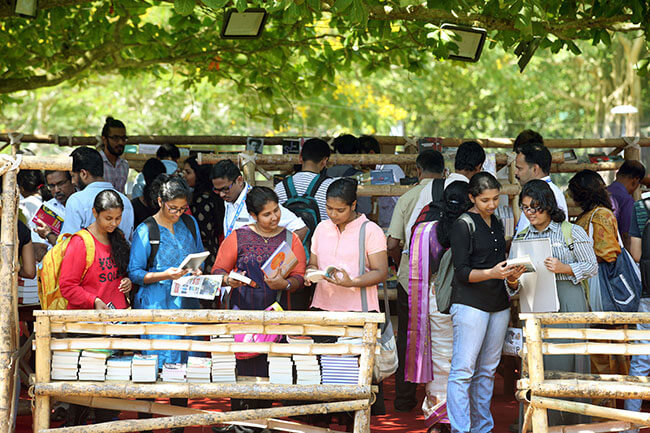 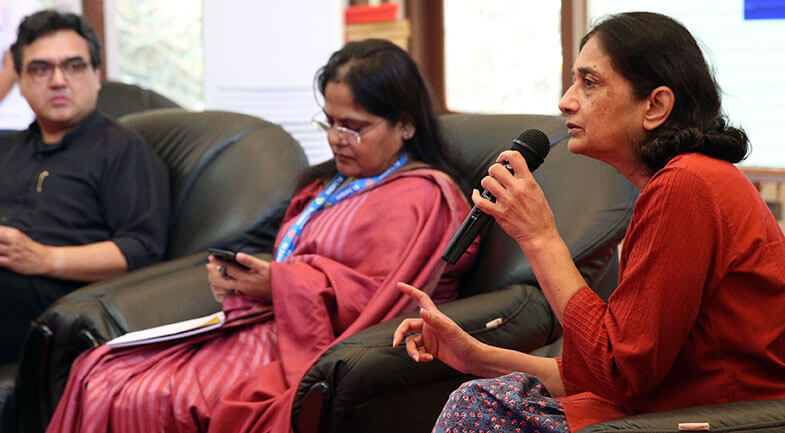 Thiruvananthapuram is gearing up for one of the largest and most significant literary festivals in the country. Mathrubhumi International Festival of Letters on Feb 2-4, 2018 will bring together over 100 international and Indian writers, speakers and performers at the Kanakakkunnu Palace. The 3-day Festival of Letters will tap into Kerala’s young and new talent, helping the young and the aspiring writers rub shoulders with the masters. Writers and speakers from over 10 countries will participate in the event.

The main attractions would be high-profile conversations, choreographed reading sessions, augmented reality sessions and impromptu performances, workshops by photojournalist Raghu Rai and an exploration of traditional Kerala cuisine. Mathrubhumi International Festival of Letters is a celebration of our inherited syncretic culture and an initiative to take forward the legacy of literature, words and its potency.

The Raghu Dixit Project is one of India’s most exciting live acts. Having played in over 30 countries and more than 1500 concerts.

The Raghu Dixit Project is one of India’s most exciting live acts. Having played in over 30 countries and more than 1500 concerts, the band has created fans around the world across all ages, and nationalities.

Over the years, the band has seen some of the finest musicians in the country collaborate with Raghu and give his songs their unique flavour. For his last album, "Jag Changa", Raghu reached outside of India and collaborated with some of the biggest names in the music industry including Abigail Washburn, wife of the legendary Bela Fleck, members of the British folk band, Bellowhead, sarod player, Soumik Datta among others.

Described by Billboard Magazine as a "visionary composer and producer", Karsh Kale today is known as a pioneer in the world of global fusion. His career has gone through many avatars over the past 20 years as he jumps between the various roles of being a world renowned tabla player, drummer, DJ/ remix artist, vocalist, multi instrumentalist, film composer, as well as a band leader and curator all with equal ease. He has produced Five internationally released solo albums (Realize, Liberation, Broken English, Cinema, Up), and a collaborative album with Anoushka Shankar called ‘Breathing Under Water.’

Karsh Kale has also developed a reputation as a genre bending collaborator which has led him to work with some of the most renowned artists from around the globe including his musical hero Zakir Hussain, Pt. Ravi Shankar, Herbie Hancock, Sting, Anoushka Shankar, Lenny Kravitz, Bill Laswell, Norah Jones, Alicia Keys and many others.

Karthik is a renowned name for playback singing in the tamil, telegu, kannada and hindi film industry. He has sung over 4000 songs in different languages.

He has composed music for many advertisements for brands like 7 up, Chennai silks and Seematti silks.He has also composed and sung an album named 'Music I Like'. He is the music director of Vasanthabalan's period film Aravaan and Srinivas Raga's Okkadine starring Nara Rohit and Nithya Menen in Telugu. He has been bestowed 6 times with the filmfare awards for the best playback singer male in Tamil and Telegu

When a brand like Mathrubhumi is conducting such a literary festival, I’m so happy.
-Shashi Tharoor

Books are like roses, they have scent. Literary festivals are cultural exchanges. It is an occasion to see and know new and old authors.
-T Padmanabhan

It is high time that Mathrubhumi conducted such an event. It should have been organised earlier itself. Literary festivals are always a celebration.
-Sethu

A collective of the writers and readers who are very active in the society is indeed a huge intervention in the social set-up. It will create a parallel society.
-R. Unni

Festivals of letters reflect the ethos of Malayalis. The culturally-rich Malayalis make all these festivals a celebration. Malayalis love books, letters, literature, writers and turn all these into a celebration.
– Sara Joseph

The festival of letters gives an opportunity to the foreign and native writers to interact with each other and to understand their literature in depth.
– Santhosh Echikkanam

Posted by Mathrubhumi on Thursday, 1 February 2018